The world is constantly changing with the increasing demand of people. Nowadays at home or work stations, high-speed internet is a necessity for millions of people worldwide. In fact, a few decades ago the internet was only a tool used by the military but now people all over the world can’t even spend a day without the internet.

Millions of people working in remote jobs, online work, keep vast amounts of personal and professional information online, and to this day it is very safe to state that many individuals would be lost without the worldwide service that makes life so much easier. One thing that really defines the superiority of one country over another is the speed of the internet and the level of connection that each region owns.

According to some previous data and reports from Akamai, the average global Internet connection speed in the first quarter of 2017 was 7.2 megabytes per second (Mbps).

And now half of the 10 countries with the fastest internet are in Europe, four in the Asia-Pacific region, and only one in the Americas. In addition, Internet comparison site Cable has ranked countries in the world with the fastest broadband Internet in more than 267 million speed tests in 207 countries or territories alone. This ranking is basically sorted using data collected until 2019. Here you can see the details of the top 10 fastest internet speed countries according to Mbps download speed.

Taiwan has the fastest internet in the world and an average speed of 85.02 Mbps. You may think that the United States of America has invented the Internet, so its speed will be higher, but it is not. Taiwan is the state in East Asia. Although it is officially an autonomous region of China, many consider it an independent nation.

Taiwan is a very developed area and most cities have FTTP (on-premises fiber) servers that can provide the fastest internet speed. However, in rural areas, there are still average internet speeds.

Singapore is an Asian country that comes with fast internet speeds including a digital economy. The average speed in this country is 70.86 Mbps. Currently, 4.3 million Singaporeans are socially active on their phones, which is about 75% of the population. Almost 85% of the total have an active internet connection.

Most people probably haven’t heard of Jersey that it’s not a country. This is a Channel Islands. However, Jersey is one of the fastest-growing regions in the world in 2019. Those who live in Jersey can enjoy an average speed of 67.46 Mbps. Recently, it has turned its entire fiber network into a few thousand homes and businesses. Some experts believe that its speed and coverage will only improve over time.

Sweden offers the fourth fastest internet in the world at 55.18 Mbps, and almost every Swede has been connected to the internet for many years. This country has the most advanced fiber network. It was a special opportunity to be born and raised in Sweden.

Denmark is a Scandinavian country with well-developed Internet infrastructure. Most of the citizens of the country are connected to the internet every day through broadband and they can enjoy internet speed up to 49.19 Mbps on average and it is ranked fifth by the fastest internet.

30 Countries with the fastest internet in the world 2020

Japan is the most populous country in the world and its internet speed is 42.77 Mbps. The country ranked 6th, up 42.77 Mbps from 28.94 Mbps last year. Japan also offers one of the broadest coverage. There are 116.5 million internet users in Japan, with 96.2 percent household penetration.

The goal of the country is to improve them. By 2020, Luxembourg wants to provide 1 GBP coverage to all its citizens.

This country is densely populated and has extensive use of high-speed internet access. In this report, the connection speed in the Netherlands reached more than 40.21 Mbps.

There are many service providers in this country that provide internet through fibre optics cables, ADSL etc. but the general rule is that the faster the connection, the higher the cost of the internet. There are still plenty of homes in rural areas of the Netherlands with a slow internet connection.

Another Scandinavian country boasts Europe’s fastest broadband penetration rate along with its internet speed. At the end of your busy day, you can download a 5GB movie in 17 minutes 34 seconds.

The Sun Marion ranks tenth with an average speed of 38.73 Mbps. Like other countries on this list, Europe was never known for its internet speed. San Marino has 20 internet providers, including 6 residential service providers. The economy of this country is centred on banking, electronics, furniture, and garment industries. Its telecom industry seems to have improved tremendously compared to last year to provide one of the fastest connections in the world to its citizens.

Also, you may be surprised not to find the United States in 1st to 10th position. It ranks 12th. Although they have Silicon Valley technology centers, they do not have the fastest internet.

At the time of writing, Taiwan’s average speed was faster than any other country. So it is expected that the list of countries with the fastest internet in the world will change in the near future and we will see an average speed of even a few hundred Mb/s.

The demand for greater internet speeds and connections is helping to revolutionize the need for advanced technology. While some countries have decided that “good enough” will create a healthier and more adaptable alternative, there are a number of countries like the ones listed above that have chosen to take their Internet experience to a new level.

What is the global average internet speed in 2020?

The average internet speed globally is 11.03 MB/s (megabits per second).

Which internet provider has the fastest internet speed?

Which country has the slowest internet?

Yemen has the slowest internet all over the world.

Which country has no Internet?

Who has the fastest Internet in the world?

NASA has the world’s fastest internet and speed of 91 Gigabits per second. This is about 13,000 times speedy than regular internet connection speed.

Which Mbps is good for gaming?

Symmetrical speeds or 400Mbps are the best for gaming. Also, wired connections are best.

Watching YouTube videos in HD or 720p requires a minimum of 2.5 Mbps, but 1080p videos require a minimum of 4 Mbps. Google states that YouTube videos can only flow at a standard definition of 500 kilobytes per second (dBps), with live events requiring at least 1 Mbps.

What comes after Gbps?

After Gbps it comes to Tbps. This means 1000 Gbps per second equals 1 terabyte (Tbps). But nowadays some technologies have used TBPS speed networking.

Is 1Mbps perfect for streaming?

Using 20GB of data, you can browse the Internet for about 240 hours per month, stream 4,000 songs online, or watch 40 hours of online video. 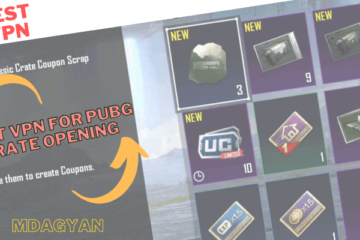 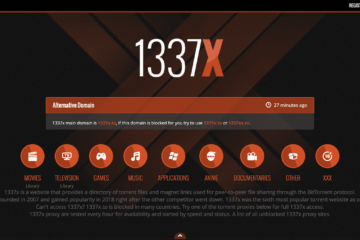 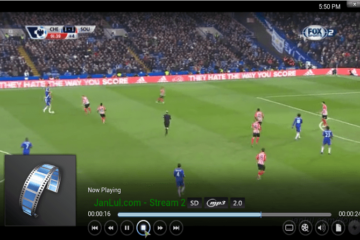