Autonomous Self Driving cars provide a promise for a future that has the potential to change the way transport works. How? Well, in this article we will discuss that. Also, we will discuss the dangers that have halted this future from coming to the past. Therefore, we have to know what is necessary to make this technology work out. Self Driving has a high potential, so we will also discuss some of the things that make this technology tick.

Autonomous Self Driving cars are also known as robotic cars and driverless cars. This technology is a vehicle that can make use of sensors around its environment and maneuver safely without much or no human input involved.

Self-driving and autonomous vehicles are a vision that has been in the blueprints since the rise of the information age. Tech companies have always had the ambition to reach this goal. Companies like Tesla, Google, Uber, Lyft, Apple, and Baidu have ridesharing companies dedicated to achieving this technology. With Uber and Lyft, this will result in cutting a lot of costs if it works out well. However, reducing costs isn’t the primary goal of this technology. Instead, it’s to usher in a new age with this technology. Firstly, statistics from the National Highway Traffic Safety Administration (NHTSA), which monitors these events show that 94% of traffic accidents are a result of human error. Therefore, autonomous self-driving vehicles will pave a path that has a much lower rate of those fatalities.

Furthermore, driverless vehicles pose more benefits than standard vehicles. They have a much lower fuel consumption rate. This benefit also means lower CO2 emissions produced and reduced congestion in the environment. These autonomous self-driving cars can change many lives in significant ways. They will also create a new way for consumers to engage with the vehicle marketplace. However, some challenges need to be quenched first to advance.

The NHTSA alongside the Society of Automotive Engineers (SAE) has created six different levels of autonomy and efficiency for Self-driving vehicles. At the beginning stage, the cars in this category are what we are familiar with. In other words, human-operated cars. These are classified as level 0 vehicles while entirely autonomous self-driving cars are classified as level 5. The companies that currently are generating resources towards level 5 vehicles are quite competitive. Toyota, Ford, Tesla, Volvo, Uber, Baidu, Google, and many other companies worldwide have put in research towards this goal. This means the full reality of self-driving cars will be achieved soon.

The quality of autonomous vehicles is varied. Although the six levels of vehicle autonomy depict their capabilities and potentials, quality is a different discussion. For level 0 vehicles, they lack entirely autonomous features installed. As a result, the driver of this vehicle should have total control over the vehicle and all its features. The driver is the only person capable of controlling the vehicle, and no elements of autonomy are present. A large percentage of vehicles on the road in 2019 has a complete lack of autonomy and are level 0.

For vehicles with level 1 autonomy, they are not capable of engaging in more than a single autonomous task at a time. These vehicles have the autonomy, not for the sake of taking control of the vehicle. Instead, they have the autonomy that makes them practice proper safety for the car. Safety features that protect a driver on the road. Such as, adaptive cruise control which adjusts the speed of a vehicle to avoid barging into others. Another useful feature at level 1 is automatic lane keeping. The driver is still in charge of the vehicle; therefore, they need to be at the wheel and focused when driving. Many of the cars manufactured these days have level 1 autonomy. Although the features of this level were upgrades, they are becoming necessities.

For vehicles with level 3 autonomy, the car has a type of autonomy that can only enable self-driving features provided they meet some specific conditions. The conditions that determine this vary. However, they usually include good weather and an environment that is contained or fenced. An example of a vehicle with this level of autonomy is Audi’s 2019 A8 car. This vehicle is the only one in 2019 that has this capability. However, Tesla believes that there are level 3 vehicles in their products that have autonomy. Unfortunately, this isn’t recognizable. Instead, Tesla vehicles fall under level somewhere between levels 2 and 3 of autonomy.

To possess level 5 autonomy, a vehicle has to be autonomous and fully self-driving. This level means that the driver of the vehicle does not need to be in control of the vehicle during journeys. Also, this means that the vehicle is capable of handling every road condition, and weather type, and can operate outside of monitored or geo-fenced areas. Level 5 autonomous self-driving vehicles have features for advanced emergency scenarios as well as regularly updated protocols for safety. In a level 5 vehicle, a truly autonomous vehicle exists, and it is capable of handling a journey with passengers. Currently, there are no commercially produced level 5 vehicles. However, Google with Waymo and Zoox, a California-based tech company is working to achieve level 5 autonomous vehicles.

When level 5 autonomous vehicles are finally commercially available, they will have a significant effect on human society. Mainly in ways, we might have not even contemplated. An example is the way cars, and roads are designed. They will be made to look different for the best transport possible. This will eliminate some parts of a vehicle that have been staples for this technology. For example, the steering wheel won’t be needed anymore. Also, elements like the car’s pedals will stop existing. Even a license won’t be a requirement anymore. Instead, vehicles will have scheduled check-ins for maintenance weekly or monthly. More space will open up for a vehicle to store things. Consequently, space will be enough to transport the disabled safely, children, and older people. Furthermore, people could easily use their journey as a part of their schedule for productive work or relaxation.

Like many other forms of revolutionary technology, there are impacts beyond the flashy new thing. The way this will impact the world is through the businesses and career paths it will influence. Some of these may evolve, change entirely, or even be rendered extinct. Similarly, traditional retailing has reduced drastically as a result of e-commerce. Also, this was a similar situation that led to the fall of video rentals, which were replaced by streaming services. Therefore, current car companies have to improve and transform the landscape to remain in the picture.

For self-driving, rental cars will become a new concept and might even become the status quo. With this, gas stations will not have to work with a large number of cars they attend to in a day. Car insurance will not exist. This is because there will be a new form of insurance that will spring from autonomous self-driving cars. There will also be safer roads; as a result, therefore, people will not have to contest for parking spots. Even houses will have to dedicate garage spaces to new purposes as a result of a lack of needing one.

Despite the accidents that have shown as a danger of autonomous vehicles, some limitations are still completely bothersome. This makes it possible that AI has some issues that are stopping it from being fully applicable in society. As a result, the main goal that is in view is towards autonomous self-driving cars is difficult to achieve. Moreso, when the world is contemplating a complete lack of a driver’s control for a vehicle.

Currently, the world is using this technology in between autonomy and human control. This is why Level 2 vehicles are the most popular self-driving cars. They strike that balance between level 0 and level 6 vehicles. The current problem that is faced is the psychological aspect that demands that we pay attention to something that is in control of our lives in a vehicle. Therefore, autonomous Self-driving vehicles will soon arrive. But, it soon depends on too many factors to determine when. 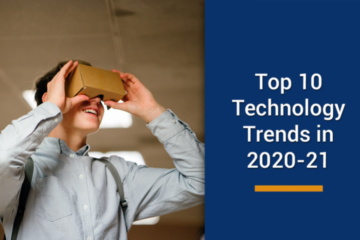 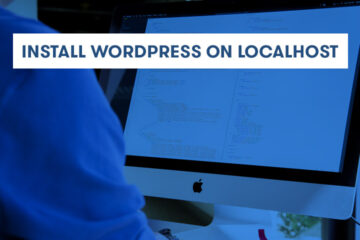 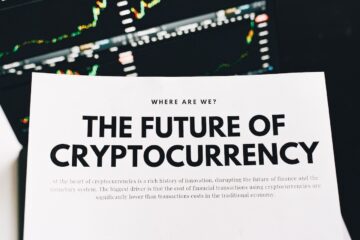