A unique feature of WiFi routers is that their names are made up of an AC followed by a number, for example, AC1900 or AC3200. This naming system is a mystery to many router owners where some believe that the number after the AC signifies the router’s speed.

Others believe that routers with higher numbers are more recent than those with lower numbers. We have engaged in in-depth research to find out exactly what these numbers mean for you. We have performed a comprehensive comparison of the AC1900 vs AC3200 routers. Read on to discover our findings!

What do these numbers mean?

Whenever you buy a router, the letters AC followed by a number will feature in its brand name. AC means that the router is compatible with the 802.11ac or WiFi 5 wireless networking standard. This type of router can support fast connections on the 5GHz frequency. Newer router models may have AX in their brand name, and this means that they can support Internet connection on the 802.11ax or WiFi 6 wireless networking standard.

The numbers that occur after AC or AX indicate the maximum theoretical bandwidth that the router can achieve. In this way, 1900 translates to 1900Mbps and 3200 brings to 3200Mbps. Therefore, a router that is branded AC1900 can connect to 802.11ac or WiFi 5 wireless networking standard at a maximum bandwidth of 1900Mbps.

WiFi routers are arranged into particular categories when being organized for sale. An evident appreciation of these categories can help you to comprehend the various types of routers while making a purchase:

Single-band routers that emit WiFi on a single frequency

These are routers that operate on a single bandwidth and can only produce one wireless network. They are the base level of routers and are regarded as entry-level units. These routers emit data waves on the 2.4GHz frequency and feature up to AC1000 in their brand names. These routers are the most affordable for you. However, they are not suitable for home or commercial use because they are low powered and operate in a traditional wireless network standard that does not support online gaming or content streaming in High Definition (HD).

This type of router can create two WiFi networks at the same time. One of the systems will operate on a bandwidth of 2.4GHz that is slower but has a broader range of coverage. The other network will operate on a bandwidth of 5GHz that is faster but has a smaller range of coverage. Each of these networks can have a different name to make it easier for users to distinguish one from the other. However, the same name can be assigned to both systems if you so wish. Dual-band routers fit in the mid-level price range and are financially accessible to many users. Notably, they will have brand names ranging from AC1200 to AC5000. As a rule of thumb, the lower the number, the more affordable the router will be.

With this type of router, you can create three WiFi networks concurrently where one will operate on a bandwidth of 2.4GHz, and the other two work on a bandwidth of 5GHz. Upon activating the router, you will observe a trio of networks that you can set to have different or similar names. Tri-band routers are the most expensive and usually have AC3000 or more within their brand names. Due to their tri-band capability, they have the most reliable signals and cover a large area as well.

Having covered the purpose of AC and number denotation, here is an informed comparison of AC1900 vs AC3200 below: 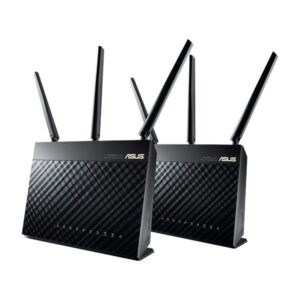 From its brand name, we can accurately conclude that this is a dual-band router that can create two WiFi signals at the same time. One of the networks will operate on a frequency of 1.9GHz and will be slow but have a large area of coverage. The other can run on a bandwidth of 5GHz and will deliver data faster but have a smaller radius of coverage. With the AC1900, you can assign the same name to both networks. On the other hand, you can assign unique names to distinguish them from each other. This router falls in a middle price range and is economically available to many.

The AC3200 router is a tri-band router which can produce three WiFi signals concurrently. One of these will run on a frequency of 3.2GHz and the other two on a frequency of 5GHz. All networks provided by this router will run fast and cover large areas comfortably—the AC3200 ranks in the category of most expensive routers. Despite being expensive, this router provides the highest quality of services.

The AC1900 is a dual-band router capable of 2 WiFi networks while the AC3200 is a tri-band router capable of 3 WiFi networks. With the AC1900, you can achieve large coverage but slower speed. On the other hand, the AC3200 delivers large coverage and high speed at the same time. From a price point of view, the ac1900 is more affordable than the AC3200. That said, the AC1900 is ideal for home use and moderate office use while the AC3200 is excellent for heavy-duty usage.

Wireless WiFi routers help us to get an Internet connection in our homes or offices conveniently. These network architecture devices help us to get an Internet connection on our laptops, smartphones, tablets, smart TVs and game consoles. We can even access our home or office Closed Circuit Television (CCTV) cameras using the networks created by these routers. We have described and compared the AC1900 vs AC3200 above for you. The AC3200 has emerged as a tri-band router that is faster and provides a larger coverage than the dual-band AC1900. However, it is more expensive. With this in mind, you can make an informed decision when purchasing an AC3200 or an AC1900 router! 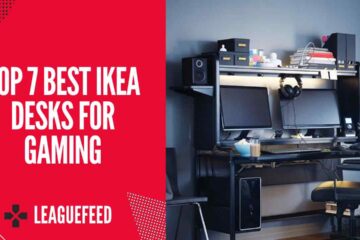 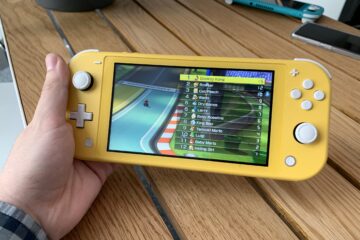