How to take screenshot on ASUS Laptop?

Android Rooting is an awesome technique to use if you want to get transcended control of your Android smartphone. In this article today, we are going to talk about rooting specifically. Android users have got advantages by Android rooting. So let’s talk about what is rooting anyways.

What is Android Root?

In Android, rooting means having unauthorized accessed on the Android system. Rooting gives a lot of advantages to the users considering that you can do things that you can’t do otherwise.
That includes a lot of stuff like hacking, downloading apps, buying in-app elements without paying money. It helps you in overcoming things that are banned by the company or careers. You can replace things in systems and settings too. 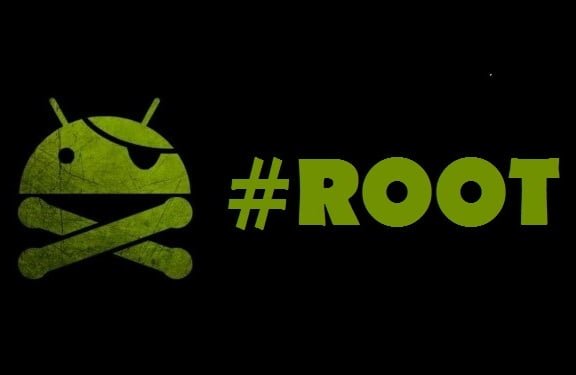 The most appropriate explanation to root is that it makes the inaccessible, accessible. No matter what type of restrictions companies have put you through, you can overcome them with the use of root.
If you use an Apple product, rooting is more like jailbreaking your device.
Basically, rooting is having complete access to the operating system. Fixing and damaging is your choice though.
Rooting means adding the standard Linux function on your device that was removed. There’s a file called “Su” is placed on the system that lets you have control over your device.
After becoming the superuser, you have full control, you can add anything on the system, and remove everything from the system too. These functions aren’t available by default. However, everything in rooting your device comes with a risk too. Always look before you leap.

Rooting comes with a lot of advantages. Now let’s talk about some of the main advantages of android rooting.

After rooting your Android device, you can install a custom ROM too. Installing custom ROM means that you’re having a whole new operating system on your Android smartphone.
Interestingly enough, this is the main reason why most people root their Android devices too. There are also several advantages to installing custom ROMs. As these ROMs provide a lot of fixes and new features, most people get bored with the original Roms and they begin to install something new to get whole new user experience.

Bloatware is why most people hate skins on top of Android. I hate skins for that reason too. They are just bloated with unnecessary apps that no one really uses.
To remove that, you can root your Android device and remove these apps to your liking. It’s one of the easiest way to get over your Android skin fear.

We live in the world of ads. One of the most popular reasons for Android rooting is that it lets you block all of the unwanted ads too. Without root, it’s just so complicated and not worth it. Download the latest patcher app latest patcher app and enjoy it.

The Disadvantage of Android root

Now let’s move towards the disadvantages of the root.

One of the most potent threats in the world of rooting is having your device bricked. Even a slight mistake can turn your device into a non-working brick.
To be safe, you should install apps from play store and not delete files that are vital to the root. Moreover, you should always find the most suitable method to root your Android smartphone. There are a lot of tutorials on internet teaching you Android rooting with a breeze.
If the device is bricked, you will have to get it replaced by the manufacturer.

Another major disadvantage of rooting is that you will have warranty void. Once you rooted your device, the warranty will instantly void. After that, even if your device defects and any other defect happens, you cannot claim the warranty.
Even if your device is bricked with the cause of rooting, you cannot claim the warranty. However, there are instances where you can unroot your device and the company might not even know if that certain device is rooted. How clean is that? Android rooting can become the sort of a smooth trick too.
Let’s talk about the reasons of why root Android?

Top 10 Reasons Why You Should Root Android Smartphone

Customization is one cool thing to do on your Android smartphone. It’s one of the main reason why people prefer Android Rooting. As a tech enthusiast, I find myself customizing a lot of stuff on Android too. This makes things much more fun to do.
You can optimize your device according to what you like and make your device according to your needs. Android rooting enables you to customize your phone to unlimited extends. There are a lots of stuff you can do with your phone. From look and feel to the change of the whole operating system, everything is possible.

Having a non-rooted devices limit your experience. You can only backup stuff like the applications, contacts, and some settings. With Android rooting, you can do more than just backing up these simple elements.
It’s also one of the main benefits of Android rooting too. It’s crazy to thing how far we’ve come in the game of customization. With root, you can backup the whole operating system too. Not just limited to settings, contacts, applications, however, you can also backup things like the whole ROM, or data of various apps. Then people wonder, “Why root android”. This is the reason.

One of the most significant benefits of rooting Android is that it increases the battery life and performance. While most of others options might not be practical, this is one of the most awesome features of Android.
Rooting can improve your device’s battery life. How? Having Android rooted gives you access to a lot of things. You can remove things like some internal bloatware apps that are just straight up sucking the battery life while you not knowing. On the other hand, you can also use apps like Greenify to improve battery health of the device.

Most devices are not customizable when it comes to themes. Even if they are, the themes are utterly ugly and non-usable. However, with Android Rooting, you can expect a lot of from it.
You can customize things to the infinity. Changing themes, a certain element of your Android device, it’s not even a problem. Installing custom ROMs can change the whole look and feel of your devices too.
Moving on to the storage size, people with low storage space can benefit from it too. You have the option to remove bloatware making your storage free for other usages.

Sometimes apps are just incompatible to your device. However, with the use of Android rooting, things have changed. Nowadays, you can change the whole ROM of your device that will make you install the latest version of Android even before it’s released.
In many cases, even before the actual release of software by the company, you can still get the latest version of Android in the form of custom ROMs.
Rooting directly deals with the operating system. Incompatible apps can easily be bypassed using tweaks. So why root Android? Here’s the reason.

One major reason for Android Rooting is to use AdBlockers. With advertisements going crazy all over the internet, we are seeing ads everywhere.
From YouTube to Facebook, many other apps aren’t even exceptions. To bypass this, there are a couple of ad blockers available. However, with the use of a proper rooting technique, you can still benefit a lot from an Ad Blocker.
Not just avoiding apps on certain apps, you can even go full crazy with the tool and block every single ad that comes on your device. This is the “Why Root Android” reason to keep in mind.

After rooting your Android device, you can install a custom ROM too. Installing custom ROM means that you’re having a whole new operating system on your Android smartphone.
Interestingly enough, this is the main reason why most people root their Android devices too. There are also several advantages to installing custom ROMs. As these ROMs provide a lot of fixes and new features, most people get bored with the original Roms and they begin to install something new to get whole new user experience.

This one is for the power users. If you have your Android rooted, you can expect a lot of powerful features. This is another benefit of rooting Android.
Non-Rooted Android devices cannot be overclocked and you don’t have the access to CPU clocking speed. However, with the use of Android Rooting, you can overclock the speed of your Android smartphone. You can simply monitor your CPU and even change its speed.
Lowering the speeds will make your device more battery-friendly and increasing the speed will surely decrease the battery life but it will increase the overall performance of your Android device.

Bloatware is why most people hate skins on top of Android. I hate skins for that reason too. They are just bloated with unnecessary apps that no one really use.
To remove that, you can root your Android device and remove these apps to your liking. It’s one of the easiest ways to get over your Android skin fear. Many people believe that a cleaner experience makes their life a lot easier than it already is. And it’s true for a fact. Even if you have an ugly looking device, in my opinion, what matters the most is the user experience of the software.

Rooting an Android device will make you access things that are inaccessible for the most part. For example. There are aspects of your Android device that are not accessible by default. However, after rooting, you can customize almost every aspect of your device.
From notification bar to the icons, you have the option to do whatever you want with your Android device. So why root Android? This is another reason for Android Rooting.
Android Rooting is a great way to have your device customized as per your demand. It includes every reason we have mentioned up ahead. While it has disadvantages, there are advantages far better compared to the disadvantages.
If you want to have unlimited access to sources, you should consider rooting your Android device.

Adam Smith
View More Posts
Adam currently Head of content marketing at TopTechyTips, after having previously spent over five years on Digital Marketing and Content Editor. Prior to his work as a reporter, Adam worked in I.T. across a number of industries, including Digital Marketing, Article Writing, Tech Reviews and more.

How Can You Hack An iPhone [ 5 Simple Ways ]