There’s also a very bright chance that you might have played a game that works with the AI system. For example, Red Dead Redemption 2. Furthermore, to make it clear, the two types of AI are not the same. Yes! I’m saying that AI in games and AI in other Digital devices are different.

The AI in digital products like Self Driving cars is really fast and use deep learning to learn different aspects of a certain situation. In addition to that, it’s also pretty unpredictable. But in the near future, when developers have the right to actually create limitless tech with no restrictions what so ever. The results are going to be uncanny. Right now it must be looking pretty bizarre to you guys. In the past decade, there has been a really huge jump in Artificial Intelligence in Video games 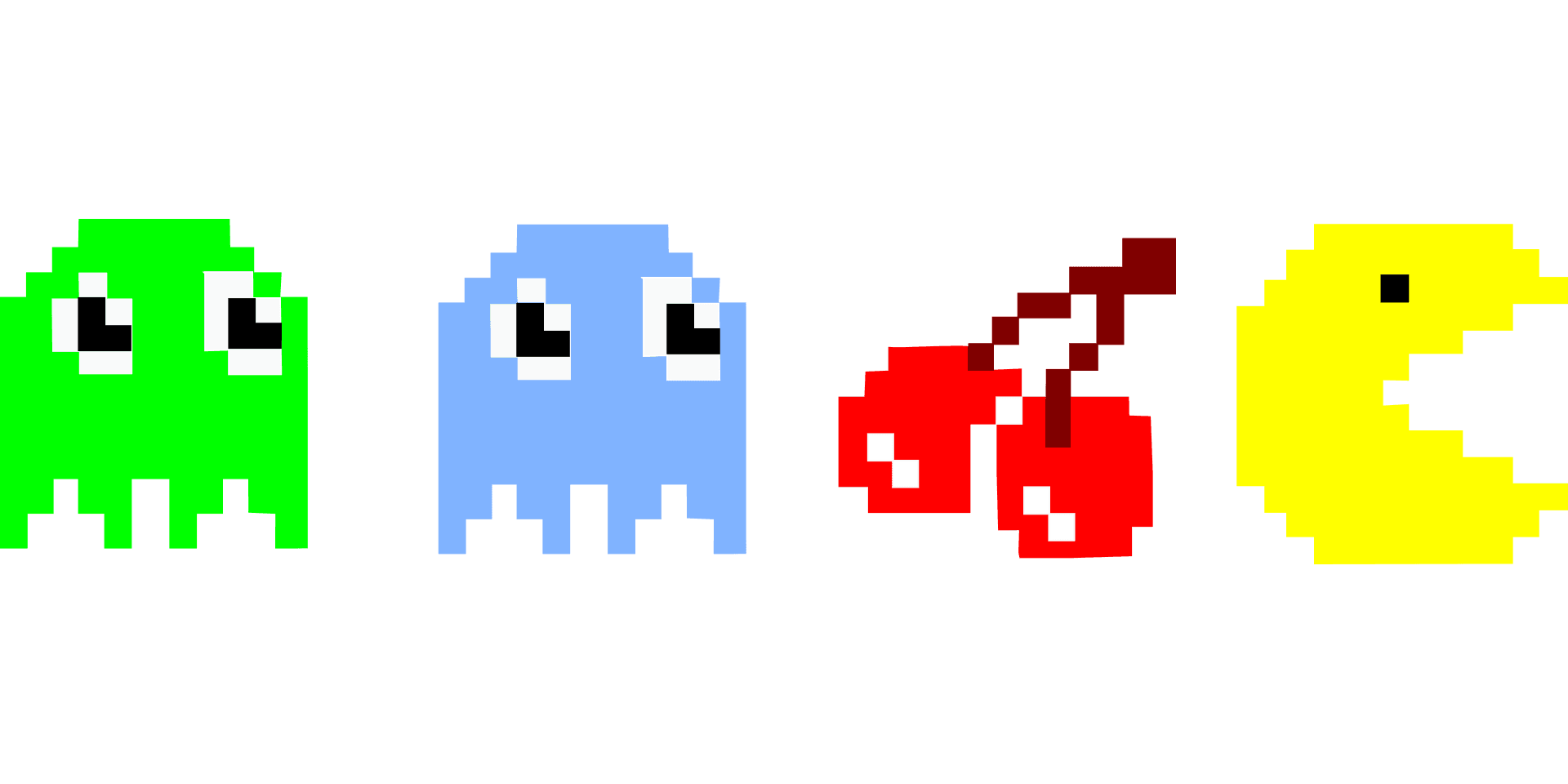 Imagine having to beat a computer player in the game of chess. If you’ve never tried, you should really give it a go. On the hardest difficulty, it’s pretty much impossible. But the AI in a video games, it’s been the same for past decades. Take, for example, the classic game PAC MAN.
At the different points of the map, the ghost is programmed in such a way that it analyzes where you might want to go next. There are only two scenarios in the game. Either the ghost will chase you or they will run away from you. So in a sense, it’s an AI but not some mind-blowing that we see in some other games. Now let’s talk about how does Artificial Intelligence in Video Games actually works.

Also Read: How to Clean Your Mac By Clearing The System Storage On Your Mac

How does Artificial Intelligence in Games work?

How does AI in games work?  What exactly is Artificial Intelligence in Video games? How do random people in the game walk around freely and yet take random positions every time? Let’s find out.

Concept of Artificial Intelligence in Games

In order for us to understand how AI works in video games, we have to understand what it actually is. In easy words of Computer Science, AI is “If this then that” statement. Computer Programmers, did this ring any bell? Basically, it analyzes the situation and doesn’t actually react but acts accordingly and appropriately in a given situation. As the final result is pretty responsive. It seems like it actually gives a response to the situation. Definitely not stupid like the Doom game.

Also Read: How to Find out Who Called Me [Top 7 Effective Method]

The more “If Else”  statements are made. As a result, the more Artificial Intelligence in the game becomes strong. Therefore, we can say that it’s a game of If else statements. But wait, it’s not that simple. In its place, the computer only runs the game but it seems like intelligence to us. So in games, it’s not actually self-learning AI. But it’s more like an AI-type algorithm used to make games intelligent.
But doesn’t that make it learning too? This must be in the question in your mind. And I suppose in some way, you’re correct. But AI is more like Characters and objects learning stuff. That it was supposed to do but it learned it owns its own. There are some AI made for video games. For example,

In Simple words, a rubber band is when you have some latency in the server or an issue like that. Therefore, you can’t tell where to actually put you into a game. So Rubber Band AI basically matches the skill level of players. It does this by actually analyzing things that the player does and then putting the If else statement. Something like, what it can too if we compare it to that.

The concept of DCDB is that it figures out what level your player is playing at. Therefore, creating an experience for that level of playing. But to actually maintain this AI, a certain level of Artificial Intelligence is needed on every level of the game. AI has to constantly analyze the player to maintain it.

It also puts all that statistics into a graph or a spreadsheet to actually know at which level the player is and what to do in a certain situation. Good AI implemented in games can make them amazing. Other the other hand, bad AI can make a game a complete mess.
So let’s talk about some of the games that are using AI. Moreover, we will discuss what kind of AI are the games actually using.

This is a list of one of the best video games with impressive AI in them.

Metal Gear Solid V is a pretty solid game. One thing it gets right is the implementation of AI in it. So, if you try to go into the same pattern. Let’s say you continue after losing the game and try to go through the same pattern. Enemies in the game will adapt to the situation. Therefore, you won’t be able to last much longer. The enemies will take measurements according to the situation. Making you go through a pretty hard time.

All the advantages that you get from the game, say whether climate change is for being a ninja. Your enemies will take advantage of this too. So you better watch your back. Because of the excellent AI in this game, it’s one of the best action games you’ll find to this date.

Alright so, Last of us AI got really criticized when it first came. But those criticism were just straight garbage I’d say. AI in the game is pretty good. No matter in which way you possibly move, the enemies will react in the most natural way possible. With awesome AI in the game, it’s pretty interesting and fun to play considering it’s already a very dope title.
Ellie’s character in the game has also pretty good AI thanks to the game makers.

At first, we all thought that the game is going to be trash. But as soon as the whole game was put together, it actually came out pretty good. And I was stunned to see how much my mindset got changed because of it. Thanks to the AI, enemies would scare the living hell out of you. You always had to be sneaky to play Alien Isolation thanks to the AI in-game. The game might leave you lifetime trauma of awful thrilling moments. Graphics coupled with great AI makes this game a very thrilling yet fun game to play.

F.E.A.R has hands down, one of the best AI implemented into the game. It’s hard to understand what sort of AI they are using. It’s just that good. Even after 14 years of its release, there are many fewer games that have as good AI as this game. So enemies in this game are pretty intelligent. They will try their best to not be destroyed by you. Unlike most shooting games, in which enemies just stand in one place. In F.E.A.R, enemies change their positions regularly. Make it hard to actually kill them. Considering all these pros, this game at its release was one of the best shooting games you could ever play.

Max Pay is one of the games, which you can just say that the game is going to be a bomb. Upon its release, the graphics and visual aspects were perfect. Coupled with the perfect AI system and Terrific enemies that will make you shake and yank your teeth in fear.
Therefore the game was just perfect. AI in Max Payne 3 always seems to adapt to how you play the game and act accordingly. For example, if you rush into the enemy spot, they’ll immediately go into defensive mode, taking cover and shooting you. But if you stay in one place for a long period of time, they’ll come to you rushing. That’s how terrific the game actually is. Even on an easy setting, max Payne can become a pretty difficult game. So you need to play the game moderately.

So to disclose the chapter we’ve been talking about today, I’d say that, AI is and at the same time, not in the game. Like, we make it seem like AI but on the other hand, it’s not AI. I wonder what’ll happen when real AI is implemented in games. It’ll be pretty cool if that were to happen and I’m excited about that. 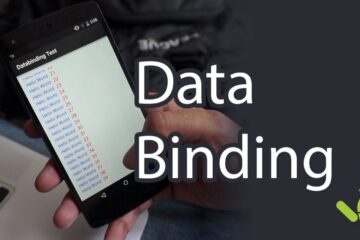 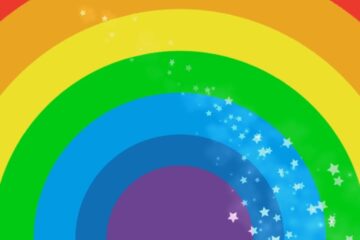