The Windows Phone Platform is no more. You can still enjoy the windows experience on your android device.
The best way to do this is by using Windows 7 Launcher. This launcher is an Android app that will replace your default home screen on the phone or tablet. If you’re more integrated to use Microsoft suit services instead of Google’s, it will be worth checking out with this Windows 7 launcher. 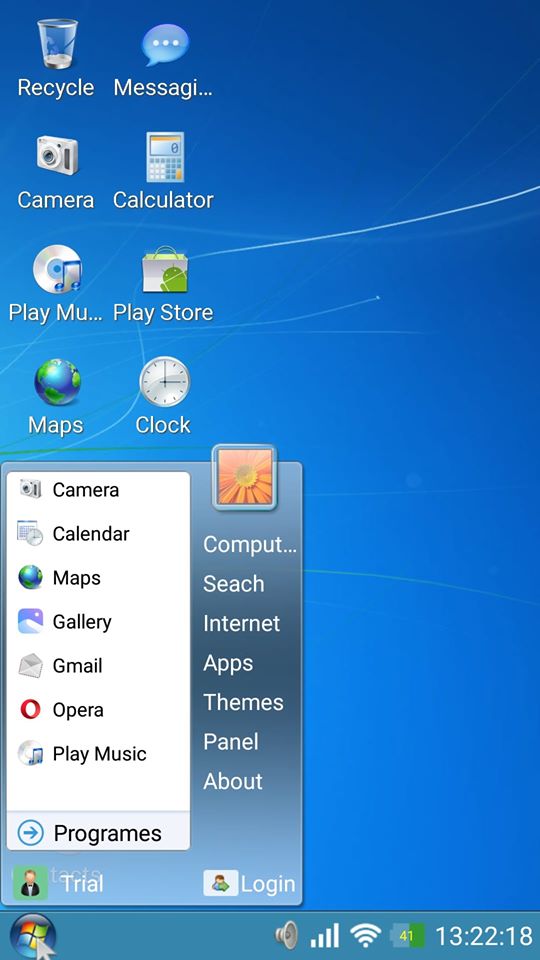 Why You Should Use Windows Launcher

Choosing Windows launcher for Android provided you with some extra good looking themes. The launcher also comes with a large collection of the wallpapers that you can customize your mobile phone home screen.
Besides, this windows launcher helps you to create your customization on the HD wallpaper.

The other reason to choose windows launcher for Android is that you can download it fast. It also comes with some useful features that make this launcher faster. Some of these features are like speed Boost, Smart Folder, Memory Boost, Phone Boost, and Notification Reminder.

In today’s world, people save confidential details on their phones. So, security and privacy is a great concern. This Windows launcher helps to enhance the security you need. It comes with some features that aren’t offered by other launchers such as Hide apps, AppLock, Lock screen, Intruder Selfie, and Anti-Theft Protection.

Windows 7 launcher for Android comes with standout features. These are the features that make this launcher deserve attention:

Windows 7 launcher comes with a new dock feature. This essential feature acts like go-between on most used apps that are on your home screen.
With the help of the dock, you can combine apps, widgets, contacts, operating system shortcuts, and search tools. You will be the one to control the number of the items inside your dock.

This is another feature that gives fame to Windows launchers. In the feed, there are three views; News, Glance, and Timeline.
At the glance, it saves important items that you keep an eye to them. Such things are lie sticky notes and calendar appointments.
The News, on the other hand, helps to show you the news of the country you choose. You can also customize depending on the topic that you’re interested in.
Timeline in the New Feed will give you the list of activities on any device that will be connected to your Microsoft account.

Windows 7 launcher for Android offers more extensive home screen customizations compared to the stock android launcher.
With this launcher, you can easily adjust the size and layout of the icon, how the folder appears, swipe to change the pages, flip between the scrolling, lock your home screen to prevent more changes, and lots more. This launcher will also support the existing widgets.

If you choose Windows 7 launcher, you’re the one to specify how you want your device to work. These gestures are available for the general OS shortcuts.

This launcher comes installed with various functional themes. These themes are light, dark, and transparent themes. While using this launcher, it’s possible to tweak some aspects such as accent colors, opacity, and blur effect.

There are some third-party Android launchers you can use as an alternative to Android windows 7 launcher. However, these launchers will also give you screen customization. Here are the top best launchers for Android:

This is among the best launchers to use for Android in your Google Play Store. The launcher is fast, lightweight, and efficient.
When you use this launcher, you will get doc customizations, an option for frequently used apps, and notification badges. It’s an app that has been equipped with cool features such as gestures, folders, and icon customizations.
Nova Launcher supports app shortcuts for android Nougat. Besides customizing app icons with this android launcher, you can use it to edit icon labels or customize them. So, this app will give you a minimalistic feeling as you can eradicate the labels. For a prime, it unlocks more essential features.

If you need an android launcher with high performance, Evie Launcher is the best. The users using this app as an android launcher alternative of Windows 7 vouch for its high speed and smoothness.
The launcher comes with Universal Search features, which allows you to search within the apps. It has been well designed to offer various home screen shortcuts. With this launcher, you can easily customize app icons, icon size, change layouts, and more.
This launcher app is known to support major search engines such as Google, Duck Duck Go, and Bing. The only challenge that is associated with this app is that you’re likely not to get updates or many gestures.

There are people who might prefer to have iPhone experience in their android phones over Windows. This is possible with this essential launcher.
Launcher iOS 13 for android gives you experience with proprietary icons where you can see improvement in the performance of your android while navigating.
The launcher gives you experience like a real iPhone. For example, after long-pressing an icon, this launcher brings up a menu display similar to what iOS does.
Conclusion
Android Windows 7 apk launcher for Android devices has a lot that it can offer. It is better to give a try when bored with the current launcher on your Android phone. There are some benefits why you should use these third party launchers in your android. These launchers will give you screen customizations that will suit your needs. You can give your android phone the best experience with windows 7 launcher.

What is ThopTV and How to Download ThopTV APK ?

How to Get PUBG Name Symbol